Citizens stand in solidarity with refugee households – around HRK 180,000.00 of aid has been raised 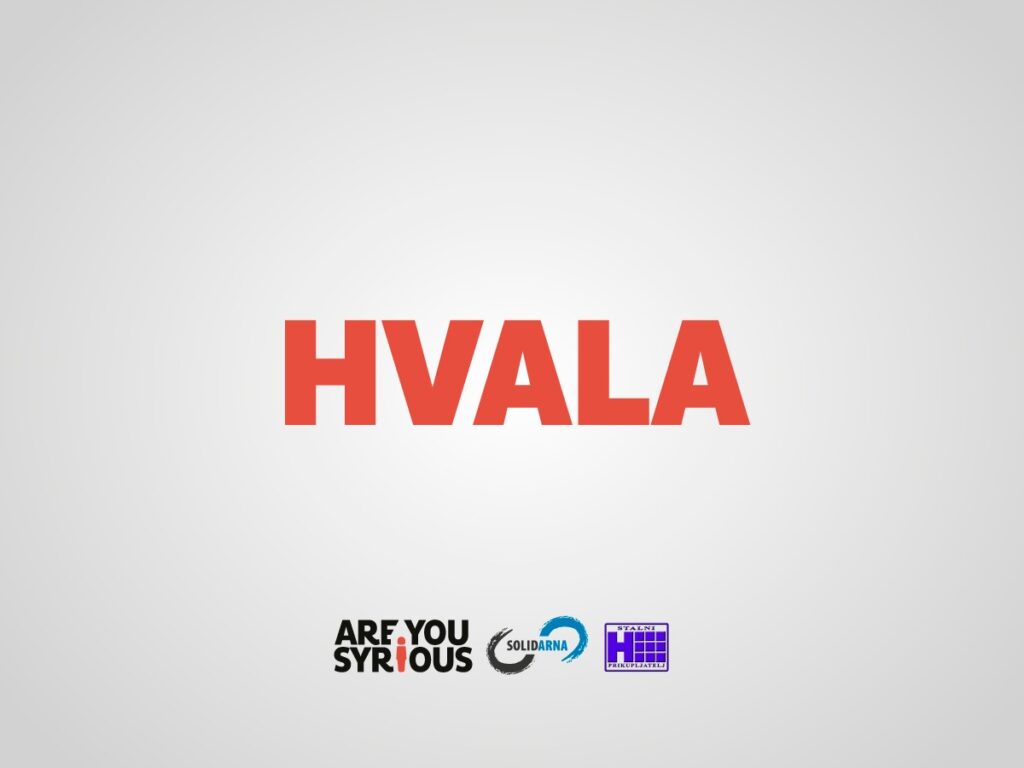 HRK 181,531.96 has been raised to help as many as 60 households through the campaign of the Are You Syrious association for providing support to refugee households in Croatia affected by the corona crisis and the earthquake. The association conducted the campaign in cooperation with the SOLIDARNA foundation and the Bruekta&Žinić&Grey creative agency, with the support of 623 donors, of which more than 90% are from Croatia.

“We would like to thank all citizens and friends, and all of you who recognised the initiative and responded despite the difficult circumstances in which many of you found yourself during this challenging year. You have touched us deeply and filled us with faith in solidarity in our society. These funds are more than money – it is a welcome that citizens, organisations and companies in Croatia have shown to our new neighbours, and which really means a lot after the great life challenges they faced not only this year, but in the past several years,” Tajana Tadić pointed out on behalf of the Are You Syrious? association.

The campaign was launched on 25 May with the aim of providing one-time financial support to 40 refugee households in Croatia with which the Are You Syrious? association regularly works through integration programmes implemented in Croatia. During the campaign, another 15 households from the area of ​​Zagreb, Karlovac, and Sisak contacted the association for support, so after collecting the initial HRK 120,000.00, the campaign continued. To collect help for all households in need, citizens also got involved by independently organising donation activities and offered their knowledge, skills and professional services for the purpose of fundraising. Thus, the campaign was supported by 24 sata daily with free advertising space; Studio smijeha and Entrio organised a donation “Stand-up for refugee households” together with the association, while a donation auction and exhibition of photographs “Invisible Routes” was organised in Osijek by the Association Breza Osijek, Centre for Peace, Nonviolence and Human Rights Osijek, Croatian Red Cross – Osijek City Society, Volunteer Centre Osijek, Association Pobjede Osijek, Association Plantaža Osijek, Association Slama Osijek, and the City of Osijek – Administrative Department for Social Protection, Pensioners and Health.

Along with providing financial support to all registered households, the Are You Syrious? association will continue providing support to its users in finding new jobs through integration programmes, which is the only way for them to secure their existence in Croatia in the long run. At the same time, the association and the SOLIDARNA Foundation demand that institutions take greater responsibility than the legally prescribed minimum in the new situation.

“We have launched this campaign for 40 households and provided funds for 60 of them. This is a one-month financial patch of HRK 3,000.00 per household, i.e. the equivalent of the average annual amount of one-time social support offered by Croatian institutions. Now is the time for them to react too and to provide urgently subsidies for rents until new jobs are found for members of refugee households affected by the crisis, as well as support in finding a new job for all those who have lost it,” Ivan Blažević from the SOLIDARNA Foundation concluded.