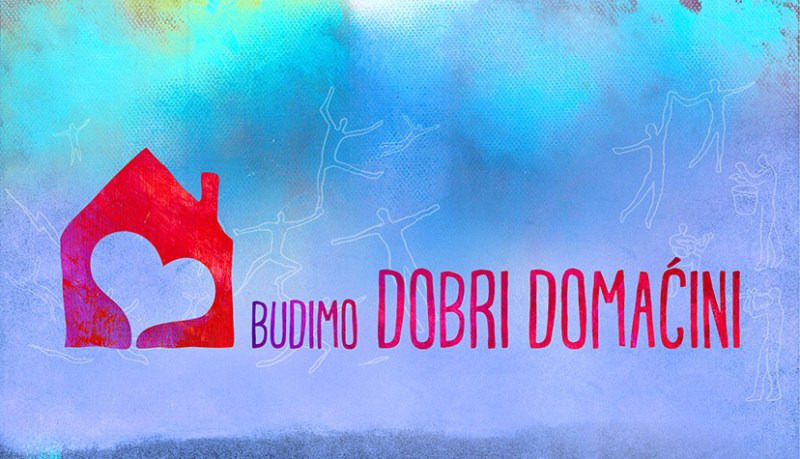 “A home is much more than a house or an apartment – it is a place where children and young people have the security and support to be who they are and everything they want to be. That is why, through this campaign, as good hosts, we wanted to allow young homeless creatives to express themselves creatively, enriching themselves and the communities in which they live.”

Under this motto, on the initiative of the band Kries, last winter, on the eve of the holidays, the association Are You Syrious ?, the Refugees Welcome Initiative, SOLIDARNA, and the Split Solidarity Coalition launched a charity campaign “Good hosts: let’s support young creatives who are without a home”. The campaign was supported by donations from 283 citizens who, as good hosts, jointly raised a total of HRK 206,000 (EUR 27,215.83) to support the creative needs of young refugees and young people without adequate parental care who enrich our lives with their creativity. Read more about the campaign HERE.

• Equipping an art studio for the protégés of the SOS Children’s Village Ladimirevci in the amount of HRK 000.00.

• Thematic program “Good hosts” as part of the Tabor Film Festival 2017 – workshops, film, and music program, an exhibition of refugee art work, and a kindergarten with the participation of young homeless creatives in the amount of 055.29 HRK.

• Creative workshops for children and young refugees located in Porin, organized by the associations Are You Syrious? and Little Dragon in the amount of HRK 000.00.

• Creative summer camp in Kaštel Kambelovac in cooperation with a local donor of accommodation and food for the whole group of refugee children from Porin and creative workshops for all children in the amount of 660.00 HRK.

• Support to the choir Domaćigosti for the engagement of the choirmaster in the amount of HRK 000.00.

• Program of creative workshops for refugee women at the association Living Atelier DK in Zagreb in the amount of HRK 000.00.

• Initiation of art and drumming workshops within the association MOST from Split for homeless people and young people leaving institutional care in the city of Split in the amount of HRK 000.00.