Human rights in Croatia in 2020 overview: People live without electricity and water during the pandemic! 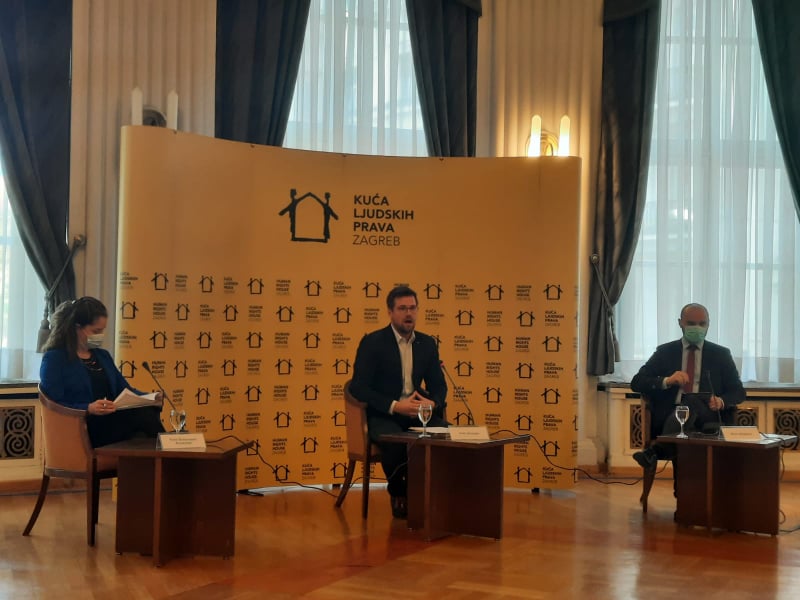 Last year was marked by the COVID-19 epidemic and earthquakes in Zagreb and Sisak-Moslavina County. The great material damage due to the consequences of the earthquake was immediately visible, while the consequences for human rights, especially socio-economic ones, will be felt for years to come.

Problems due to epidemics and earthquakes are even more pronounced

Croatia welcomed the end of 2020 without a basic public policy in the field of human rights, and the long-standing negative trends in certain areas of human rights during the epidemic and earthquake became even more pronounced – from protection from domestic violence, access to justice, media freedom to the realization of the right to health, the right to a home and adequate living conditions, and the right to work.

Even before the crisis, citizens’ trust in institutions was low, and last year indicated the state’s unwillingness to function in crises. During 2020, the limitations of human rights were marked by measures restricting the rights adopted to protect public health and in response to the spread of the epidemic. In Croatia and other countries, movements were restricted, public gatherings were banned, shops and restaurants were closed, compulsory self-isolation was introduced, masks were worn, and other restrictive measures changed people’s daily lives. Although citizens initially expressed confidence in the National Staff, over time, citizens began to question the mandate of the National Staff and the measures it brings.

As part of the first part of the conference, two-panel discussions were held. The introductory conversation was attended by Boris Milošević, Deputy Prime Minister for Social Affairs and Human Rights, and Tena Šimonović Einwalter, Ombudsman.

The Ombudsman, Tena Šimonović Einwalter, noted that the resurgence of COVID-19 patients, both in Croatia and in Europe, indicates that the pandemic is far from over and that there are still many challenges ahead. In the past year, according to the Ombudsman, the focus of citizens was largely on the right to health and the right to work.

“The right to health is an area that had several complaints even before the crisis, and the coronavirus epidemic only revealed existing problems and brought new ones: availability of health services, how to reach a general practitioner, problems of chronic patients left without therapy, at the beginning of the epidemic problems of lack of protective masks, disinfectants, now the issue of vaccination, etc. Citizens are also focused on their right to work and unpreparedness of the system to crisis conditions, especially the public sector, lack of protective equipment, transport, work from home and distinction between public and private “, Ombudsman, pointed out at the conference.

Numerous vulnerable groups that were previously in a difficult situation in 2020 were additionally affected, and among them, it is especially important to mention the elderly, who were significantly affected by the COVID-19 epidemic: from confinement in homes to a large number of deaths outcomes and spread of the infection in nursing homes.

In the continuation of the introductory conversation, Boris Milošević, Deputy Prime Minister of the Republic of Croatia for Social Affairs and Human Rights commented on what has been done so far and what we have learned from the earthquakes in Zagreb and Banija.

“After the earthquake in Banija, it is good that the headquarters was formed from the level of the Government in the first days, and that it took on the role of coordinator because a large number of actors from municipalities, local civilian headquarters, and a large number of participants from society, citizens, volunteers and all this had to be organized and channeled. What made it difficult for the National Staff to act was the bureaucratization of certain procedures, because certain procedures and procedures must be followed, which simply do not correspond to the situations on the ground. We must keep in mind human rights and constitutionally protected property rights at all times, and various interventions require a lot of bureaucracy, where we come to a part of the inadequate legal framework. Our overall legal framework does not correspond to a situation where it is necessary to make quick decisions and start implementing decisions quickly. No matter how much we improve some framework tomorrow, it is difficult to prepare for this type of challenge “, believes Boris Milošević, Deputy Prime Minister of the Republic of Croatia for Social Affairs and Human Rights. 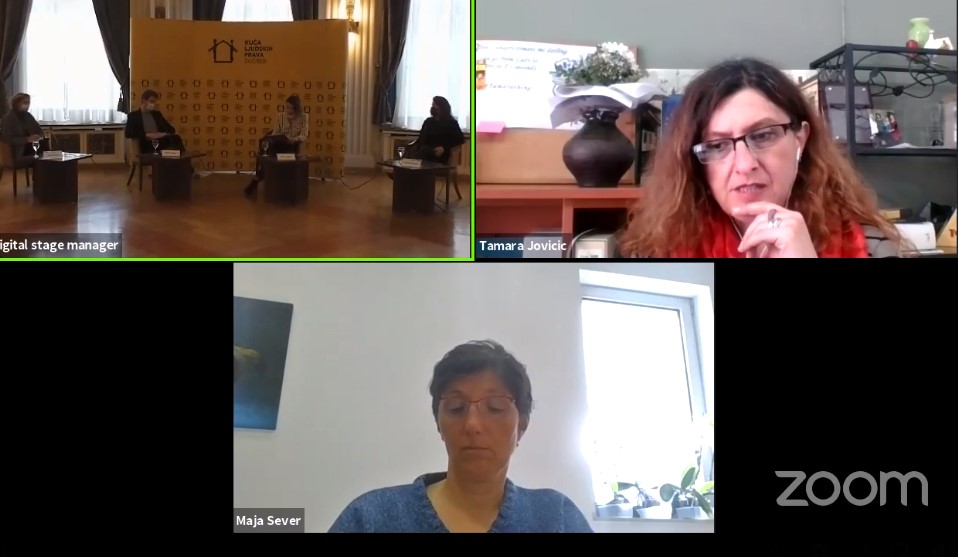 Tamara Jovičić from Petrinja The IKS Association, which has been active in the Sisak-Moslavina County for more than 20 years, commented on the young people in Petrinja and their needs both before and after the earthquake.

“Unfortunately, this area was in a catastrophic state even before the earthquake. When we talk about equality and human rights, this is an equal part of the Republic of Croatia that should not lag in any way. I am afraid of the future of young people, who, despite their enthusiasm and fighting spirit, have no opportunities in this field and do not see a future here. Even before the earthquake, the city of Petrinja and the area of Banija was the area with the largest number of unemployed youth and the largest number of young people who left the Republic of Croatia, indicating that it is not just that they cannot get a job and do not have enough money. There is no future without young people. If we do not bring some strategic measures quickly in the next year, this area will be carried by the old ones “, said Tamara.

During the discussion, the problem was pointed out that after the earthquake, a large burden was placed on civil society organizations, which alone cannot work on all problems, especially housing for citizens.

“People have been living in our country for four months at the time of the pandemic, without electricity, without bathing, without washing. These are basic human rights, which are neglected by this approach. There are no excuses that we could not be prepared, there is crisis management, something that we as a state could prepare, we could build the infrastructure “, said Tamara Jovičić from the Association IKS.

Marina Škrabalo, manager of the SOLIDARNA Foundation, pointed out that the social and economic rights of people in Banja have been systematically neglected for 30 years.

“The SOLIDARNA Foundation, as its name suggests, does not run away from solidarity as a principle of the organization of social life, which we consider a central practice in the protection of human rights. After the tragedies and catastrophes that have been happening to us for a long time locally, regionally, and globally, we are convinced that standing directly with a man who is in his tormentor injustice and trying to strengthen that person’s life story is what restores our strength and meaning to survive in all these conditions especially if I take into account the pandemic that makes everything difficult for us. Solidarity restores strength to all of us and most realistically connects us with the reality of the violation or impossibility of exercising human rights “, said director of the SOLIDARNA Foundation. 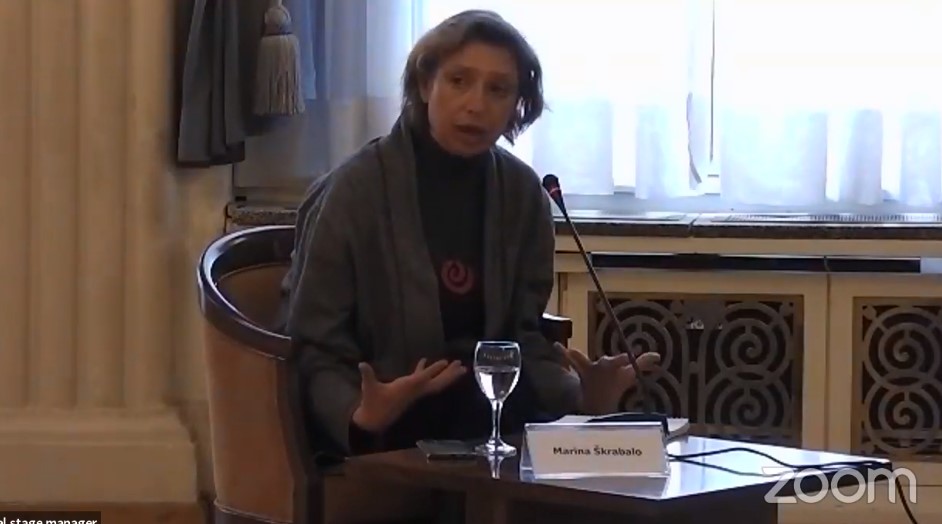 Although spontaneous cooperation relations are visible on the ground, after three months everyone is already quite tired and it is necessary to find new strength and new allies.

“Now is the time to map long-term strategies, to see what will be done with state institutions, to find actors who will deal with something long-term and not a crisis,” said Škrabalo.

After the first day of the conference and a review of the human rights situation in 2020 – it is certain that Croatia still does not have good tools to deal with all the complex challenges and problems related to the realization of human rights. When the COVID-19 pandemic and earthquakes are added to that, the situation is even more worrying.

The second day of the conference will be held on Tuesday, April 20, from 11 a.m. to 3 p.m., at which two-panel discussions will be held on human rights and the rule of law in Croatia. The first panel will address the impact of defamation, humiliation, and defamation lawsuits on media freedom in Croatia, while the second panel will focus on whistleblower protection in the run-up to the transposition of the new EU directive. The conference program is available here.