“House of the Future”: proof that people in Banija can be permanently taken care of in a short period of time

In Stari Farkašić in Sisak-Moslavina County, “House of the Future” was presented, an innovative construction model imported from Austria and proof that people in Banija, whose homes were damaged in earthquakes that happend last year, can be taken care of in a short time. “House of the Future” is the result of cooperation between the SOLIDARNA Foundation and donor Dr. Richard Teichmann, co-owner of Meridian 16, which started in the spring of this year with the aim of providing a permanent home to a Banija family before winter, in which they succeeded. Three generations of the Apolović family will move into the “House of the Future” by Christmas. 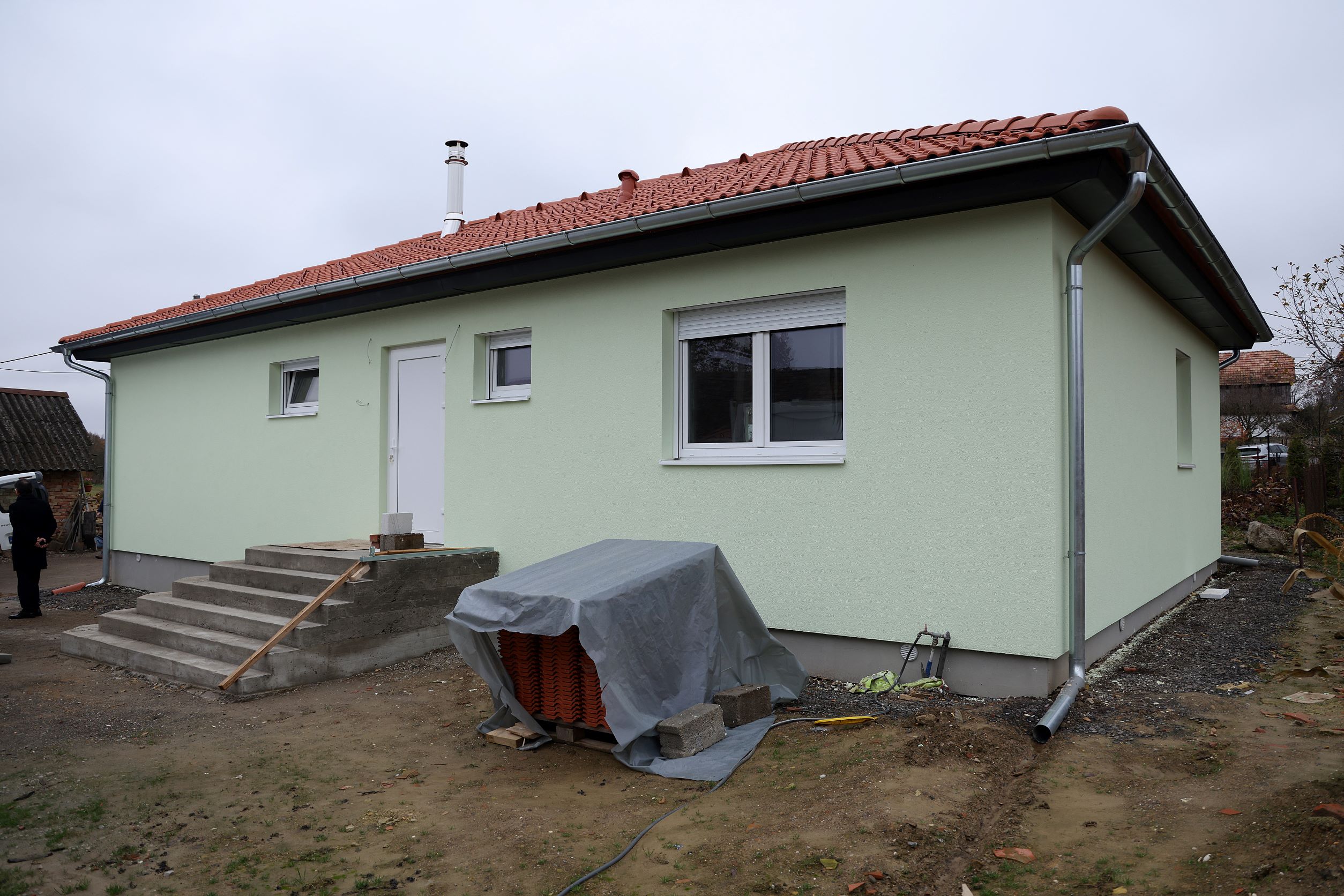 At the presentation ceremony on the occasion of the completion of construction works, Dr. Teichmann said: “I have been in business with Croatia for the last 15 years and I do not feel like a foreigner, so last year, when a devastating earthquake hit Zagreb and then Sisak-Moslavina County , it was clear to me and my co-workers that we had to do something to help. As I work in real-estate development, I always think long term. In this situation, my long-term idea was to give people hope. This idea is shared by the SOLIDARNA Foundation, which has proven to be an ideal partner. ” 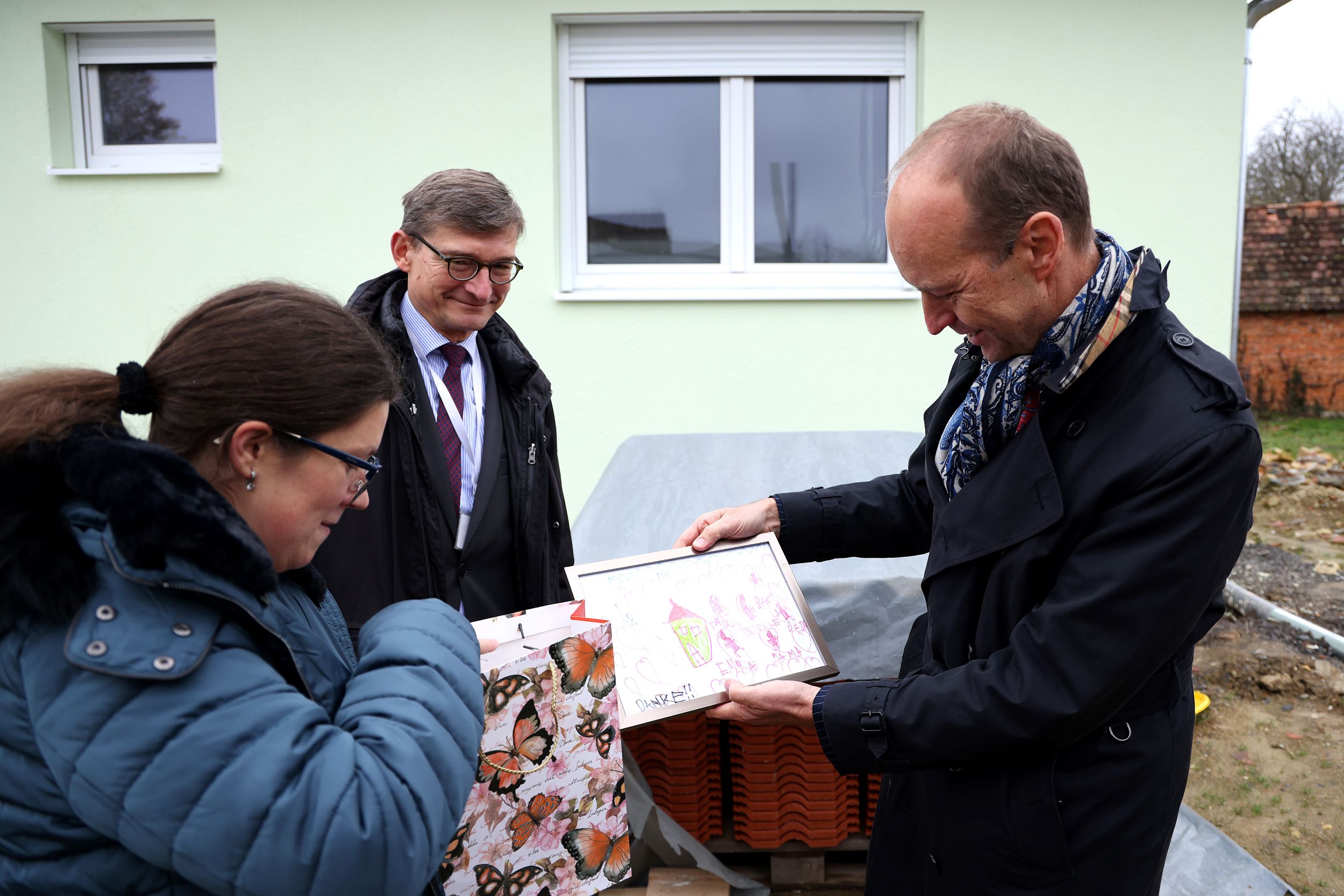 SOLIDARNA Foundation Program Coordinator Karla Pudar added: “On behalf of the SOLIDARNA Foundation, I would like to thank Mr. Teichmann and Meridian 16 for their great trust and for working together to show how good can be done by combining civil society and private sector resources. We are happy and celebrating the achieved goal, but there is still a lot of work ahead of us, to take care of as many families as possible. Also, thank you to the Apolović family for their patience. As we promised – you will spend the winter in the warmth of your new home and I believe that you will create many happy memories in the “House of the Future”!”

The Apolović family has no doubts about that: “Thank you to the SOLIDARNA Foundation and Mr. Teichmann for everything they have done for us in the past months, primarily because of the girls who will finally have their own room! I hope that we will remain good friends in the future as well!”, Helena Apolović said. 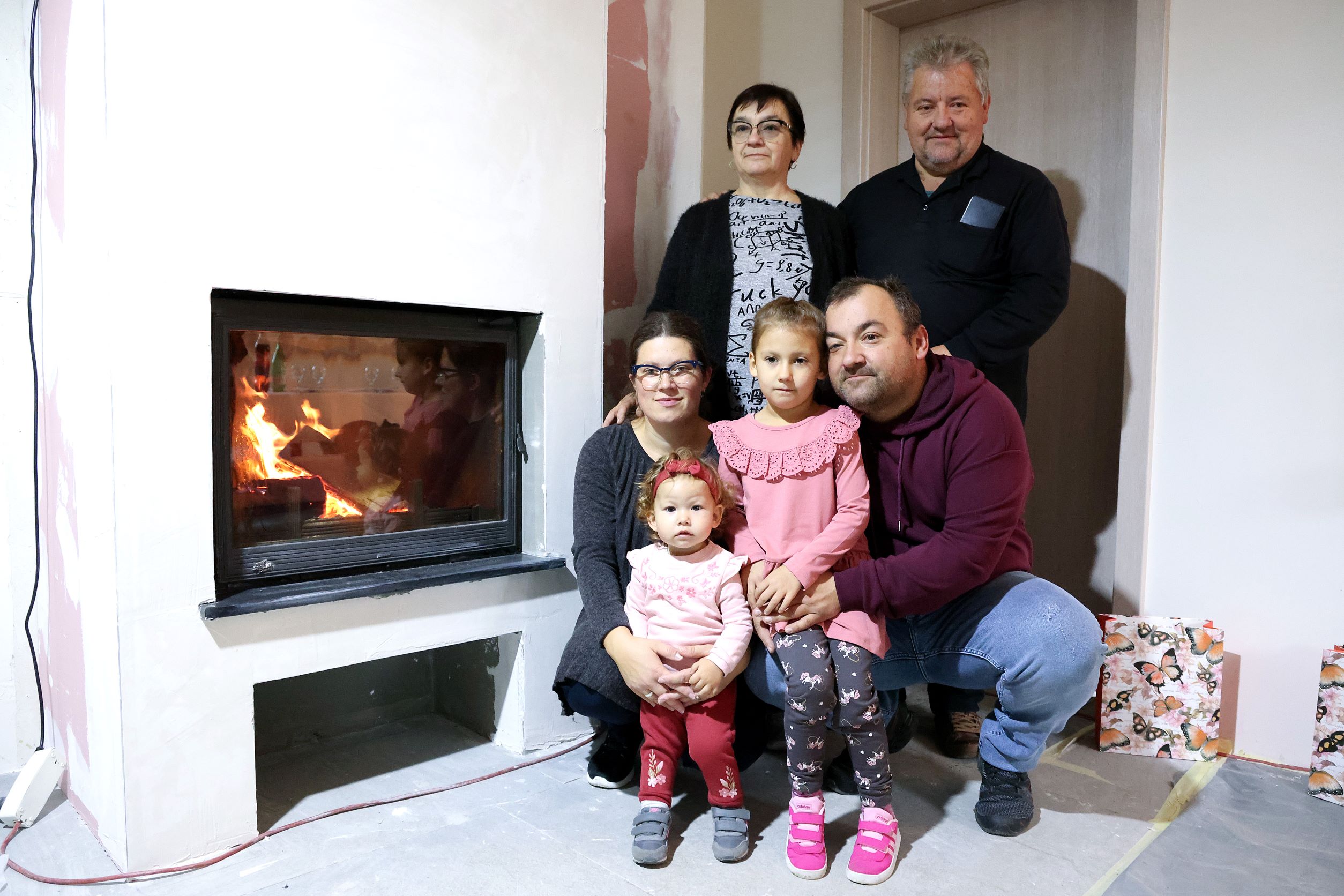 The presentation of the “House of the Future” was also attended by the Ambassador of the Republic of Austria in Croatia, Dr. Josef Markus Wuketich, who said: “Croatia and Austria are connected by close economic, political and cultural relations, but most importantly – we are united by deep friendship. Austria immediately reacted when the earthquakes hit Sisak-Moslavina County. On the second day, over 80 containers of aid arrived on the field. Today, I am especially happy to be here, at the presentation and handover of the House of the Future of the Apolović family. I thank the SOLIDARNA Foundation, Meridian 16 and everyone who supported this commendable project, and I wish the Apolović family a lot of health and happiness in their beautiful new home!” 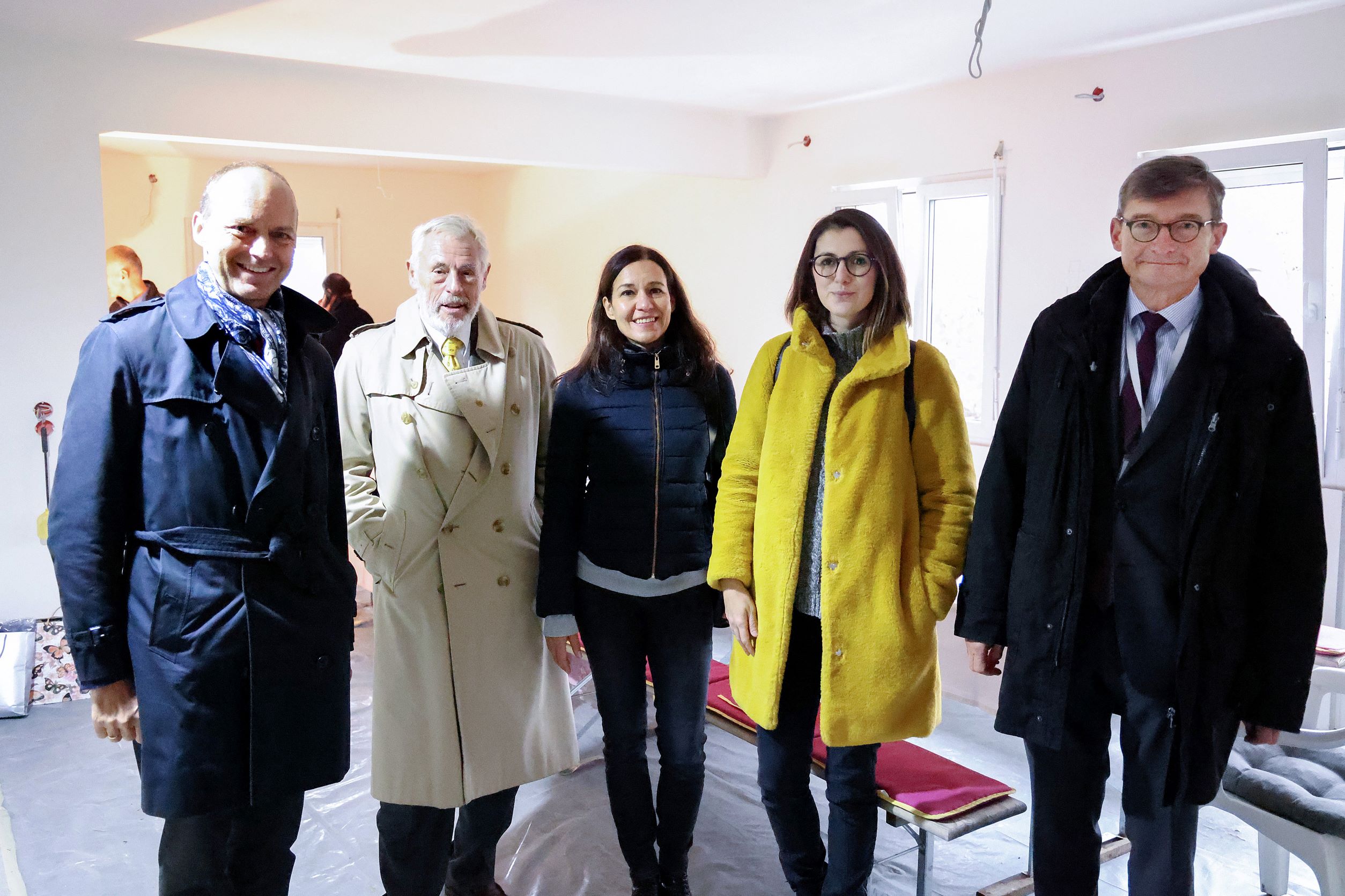 The construction project of the House of the Future began in late spring, when representatives of the SOLIDARNA Foundation and Dr. Richard Teichmann visited Apolović family in Stari Farkašić for the first time. Thanks to a quality team of local consultants, the permits needed to demolish the old house were obtained and this was done in July. During August, the foundations were laid and a prefabricated house was ordered from Tamak Systeme, and on September 14, construction began. The structure was put up the same day, and the roof was completed a week later. The owner of Tamak Systeme, Dr. Alexander Maculan, also attended the gala presentation.

The House of the Future project, which is a permanent housing solution for the Apolović family, is just one of the projects that the SOLIDARNA Foundation is implementing in the earthquake-affected area. Thanks to the avalanche of solidarity launched in the first hours after the catastrophe that struck the people of Banija, SOLIDARNA raised over 17 million HRK for the sustainable recovery of Sisak-moslavina County. From the crisis response, in the past 10 months, we have moved to sustainable reconstruction, and the Foundation, together with its partners and associates, is trying to provide housing for as many families as possible.