Workplace Equality for All: the role of trade unions in the fight for LGBTI workers’ rights

The business world is characterized by heteronormativity, ie the assumption that all employees are heterosexual. Such an assumption in the work environment causes LGBTI people in the workplace to face specific forms of invisibility and, in fear of discrimination, hide their sexual orientation and / or gender identity and adjust their gender expression.

That the assumption of heteronormativity disturbs the work environment is shown by research around the world, including the first such conducted in Croatia in 2017. According to the results of a survey conducted as part of the project “LGBTI equality in the workplace”, as many as 75.1% of LGBTI people surveyed experienced some form of discrimination, harassment and / or abuse in their work environment, of which only 11% decided to report discrimination. As for employers, less than 5% of respondents stated that they received a report related to discrimination, harassment and / or abuse based on sexual orientation, gender identity and / or gender expression. 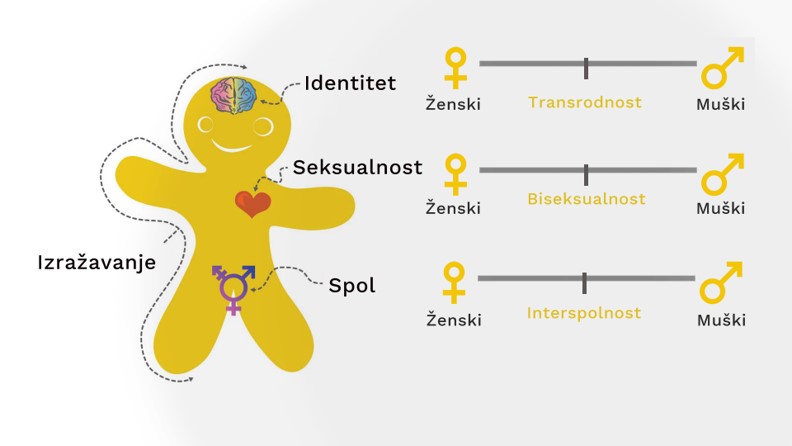 Considering the results of the research, as a kind of continuation of the project “LGBTI equality in the workplace”, Space of gender and media culture K-zone, Lesbian organization Rijeka LORI, SOLIDARNA – Foundation for Human Rights and Solidarity and Stichting Centrum Tumba from the Netherlands since 2019 in partnership implement the project “Labor Law for All!” The aim of the project is to contribute to the protection of rights and combating discrimination against LGBTI people in the workplace and in employment through the development and implementation of educational models and tools, knowledge exchange and cooperation between unions, employers and civil society organizations. Last week, as part of the project, an education was held aimed at increasing the competencies of trade unions in the field of protection of rights and combating discrimination against LGBTIQ + persons in the field of work and working conditions. 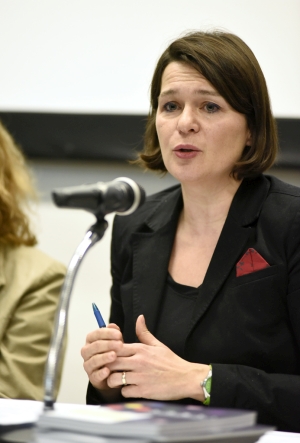 “Most LGBTI people do not dare to report discrimination, and those few who decide to do so usually do not end the proceedings because the burden of proof is on them, and it is very difficult to prove discrimination. These are complex lengthy procedures in which the employer is much more powerful than the worker and financially exhausts him until he gives up. Although the Anti-Discrimination Act has been in force for 13 years, awareness of discrimination against LGBTI people has not been developed. In the Republic of Croatia, only two verdicts on discrimination based on sexual orientation and gender identity in the workplace have been recorded, while there are no criminal verdicts with a legal sentence of up to three years, ”said Ivanišević, adding that based on this, LGBTI people distrust system, which prevents discrimination from being reported, is very justified.

“When it comes to discrimination, it often happens that, although the worker wins the dispute, the court finds that he is not entitled to compensation, ie that the only punishment for the employer is a verdict that he was discriminatory, without concrete consequences. It is important to initiate criminal and misdemeanor proceedings that will result in imprisonment and / or a fine that goes to the state budget. If employers were beaten in the pocket for discriminatory treatment, they would think carefully about how they will act in the future, just like the rest of the public”, Ivanišević believes.

Although these are procedures that workers would not initiate on their own, but should involve the State Attorney’s Office, the role of trade unions is extremely important when it comes to protecting the rights of LGBTI people in the workplace.

“Unions should provide support to workers who approach them for these types of employment injuries to initiate proceedings. First of all, they should be listened to and encouraged, and financially supported in order to open the possibility for the creation of legislative practice. While there is an oral tradition that rarely anyone managed to file a lawsuit for discrimination to the end, the practice will not change”, Ivanišević said. 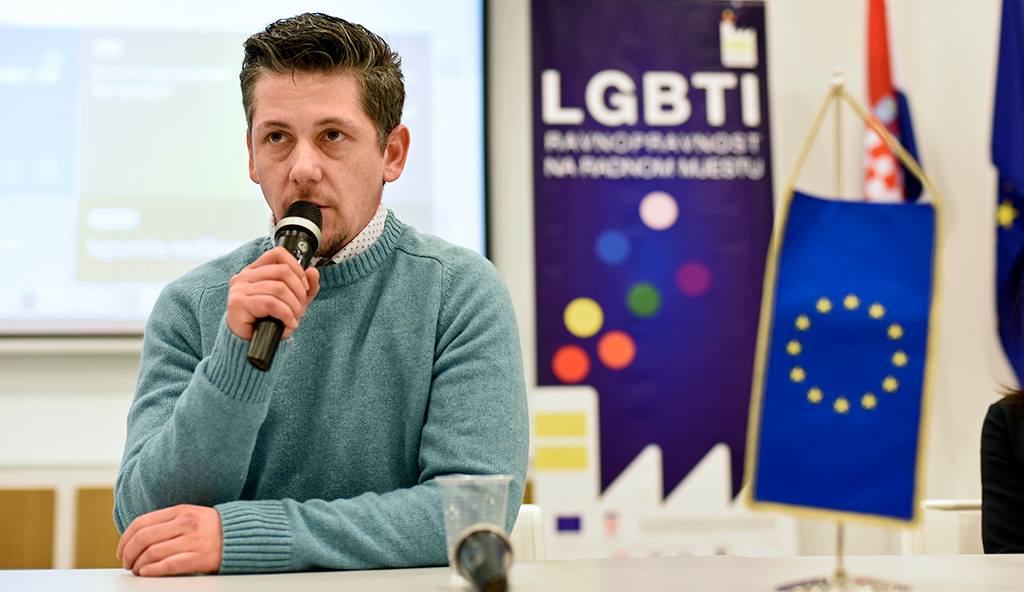 Noah Pintarić, project manager of “Workplace Equality For All!” from the K-zone association, stressed the importance of the alliance and the need for active union involvement: “Given the numbers of discriminated LGBT people in the workplace, public advocacy, appearances and campaigns, unions can empower and encourage LGBTI people to become active within unions . Currently, the number of LGBTI people in union membership is very small, but if unions open up space for the LGBTI community within their structures, clearly communicate to advocate for equality of LGBTI people in the work environment, LGBTI people would be more motivated to join and seek protection. ”

While the question of whether unions have the will and capacity to move in the proposed direction remained unanswered by union representatives who attended the training, gender equality expert Nina Čolović pointed out that there are other ways for unions to engage in fighting for the equality of LGBTI people in the workplace – through collective agreements.

“Employers are not necessarily discriminatory, but they are indifferent, ie they do not see a reason why the rights and obligations of LGBTI people in the workplace should be specifically regulated. It is a matter for workers, workers’ organizations and trade unions to raise awareness of how the division of labor takes place and how collective agreements include treating workers in different ways and putting them in different roles, ie in different positions depending on their gender identity and gender expression. orientation. “, believes Čolović. 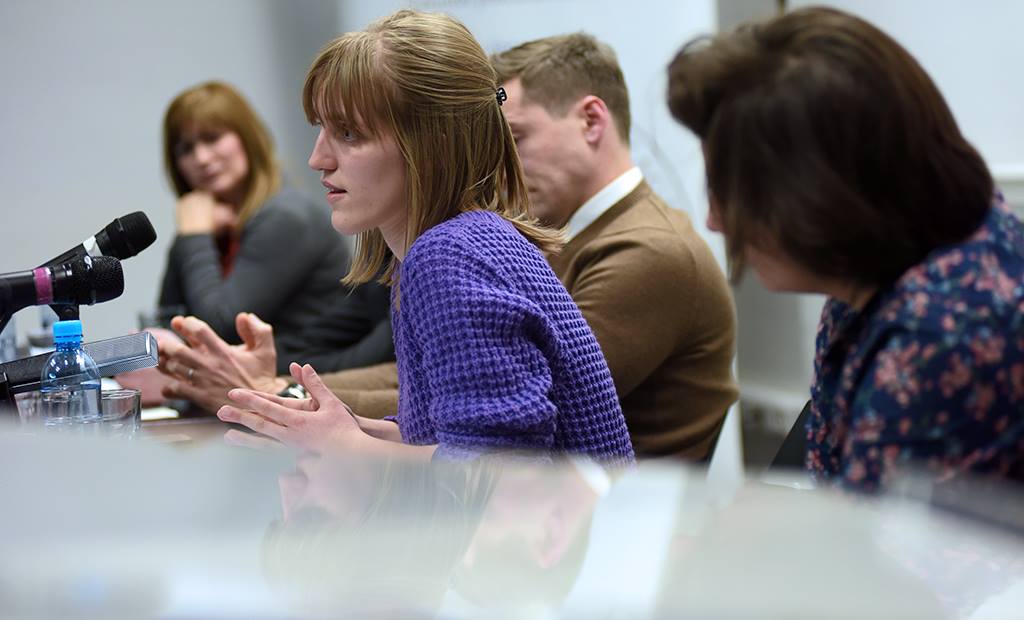 When it comes to labor collective agreements, queer labor can be supported in a variety of ways.

“Different jobs require different adjustments and different needs need to be considered. Also, it should be taken into account that a lot of LGBTI people are not out at their workplace, and one should act preventively, before any case occurs within the work collective. If an individual case already occurs, it should be seen as an incentive and care should be taken not to make it a model. For example, if one trans person needs a certain type of support, it does not mean that the same form of support will be adequate for all trans people. The elements of a collective agreement must be set up in a flexible enough way that they can be applied to different experiences, and at the same time be clear enough. ”, said Čolović and pointed to the example of an inclusive collective agreement created within the project“ Labor Law for All! ” here.

In practice, LGBTI identities are viewed separately from the working class, and Colovic believes that the question should be asked why this is so.

“LGBTI people are workers. The struggle for the rights of LGBTI people is essentially a workers’ struggle. There is no separation”, Čolović concluded.

Project “Workplace Equality for all!” implemented by the Gender and Media Culture Space K-zone, Lesbian Organization Rijeka “LORI”, Solidarna Foundation from Croatia and Stichting Tûmba from the Netherlands, and funded by the European Union under the Program on Rights, Equality and Citizenship (2014-2020) and co-financed by the Office for associations of the Government of the Republic of Croatia.

For more information on the Equality in the Workplace Indicator, visit: radnopravnost.hr