From patient to programmer 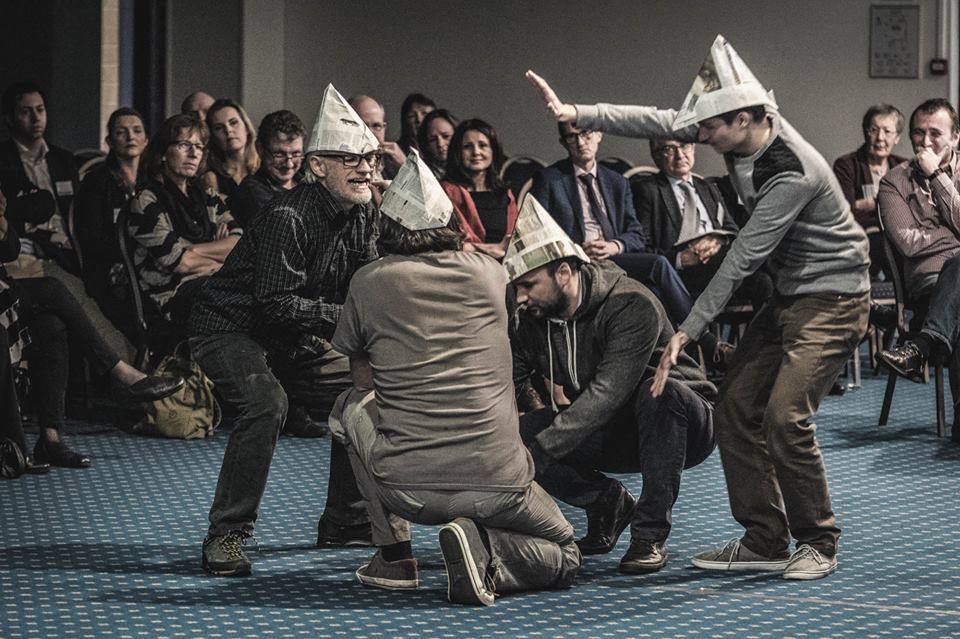 In the period from September 20 to November 20, the SOLIDARNA Foundation, in cooperation with the Ludruga Association, successfully carried out a charity campaign “From Patient to Programmer”, during which it raised a total of HRK 17,080.26. The purpose of the campaign was to cover the cost of a two-year HRK 14,600 tuition fee for the study of informatics for Hrvoje, a 38-year-old who has been living with chronic mental illness since his early youth and is chronically unemployed and in a hospital treatment program.

After the end of the campaign, the Management of FOI Varaždin decided on an exemption from paying the second part of the tuition fee for the first year, and the amount of HRK 3,650.00 will be redirected for travel expenses and the cost of professional literature for Hrvoje. The required amount of tuition for the second year of study will be paid directly by the SOLIDARNA Foundation to the Faculty, while the surplus of HRK 2,480.26 will be used to support the promotion of mental health in the community and empowerment of members of the Ludruga association.

Hrvoje, with the strong support of the therapeutic team from the Neuropsychiatric Hospital Dr. Ivan Barbot in Popovača, this fall decided to finish his studies at the Faculty of Organization and Informatics in Varaždin to gain the vocation of a programmer – as a part of therapy, already during hospital treatment. Thanks to the citizens’ support, he now has a chance to realize his plan.

“You transform the disease from a problem to a challenge. The challenge becomes a platform for further development, and by achieving the set goals you achieve inner fulfillment and fruitful life. A computer science degree and programming skills bring an existential situation in the form of a good, interesting job that is in demand on the labor market and adequately paid! The formula is very simple,” said Hrvoje regarding his motivation to complete his studies.

The donation campaign “From Patient to Programmer” included 42 non-anonymous donors, namely 38 citizens, 2 companies (Erste Bank and Perpetuum Mobile), and 2 non-profit organizations (SOLIDARNA Foundation and SUSRET association), with the number of donations ranging from 20 to 4,000 HRK. SOLIDARNA – Foundation for Human Rights and Solidarity launched the campaign with the initial donation of HRK 3,550 for the first installment of tuition for Hrvoje. Later, the SOLIDARNA Foundation, in cooperation with Ludruga and the Ribnjak Youth Center, organized a charity cultural event on October 12 at the Ribnjak Youth Center in Zagreb. An exhibition of photographs “Zoom on the psyche” (project leader Phillip Tomaš) was set up in the premises of the Ribnjak Youth Center, created in collaboration with psychology students, photographers, and persons with mental health issues, and a play by Ludruga “On the Other Side of the Mirror” (directed by Hrvoje Handl) based on the life experiences and creativity of the members of Ludruga who also act in it. Mr. Hrvoje and his therapeutic team from Popovača also participated in the accompanying discussion on obstacles and opportunities for social integration of people with psychosocial challenges. About 30 citizens participated in the charity cultural evening and HRK 1,640 was raised. Thanks to the promotion of the campaign through direct contacts, media, and social networks, an additional HRK 10,948.48 was collected by payments to the SOLIDARNA bank account and HRK 941.78 through the SOLIDARNA online donor (the donated amount was reduced by an automatic bank fee of 2% for donor costs).

The organizers of the campaign thank the Ribnjak Youth Center and all donors whose support for Hrvoje ensured the peaceful study of informatics over the next two years, and convey their thanks and greetings to Hrvoje and his therapy team and the director of the Neuropsychiatric Hospital Dr. Ivan Barbot in Popovača. “I deeply thank everyone who participated in this and gave me a big and very important step forward in the life of a little man, a step towards a better life through education!”, said Mr. Hrvoje to all donors of the campaign “From Patient to Programmer”.