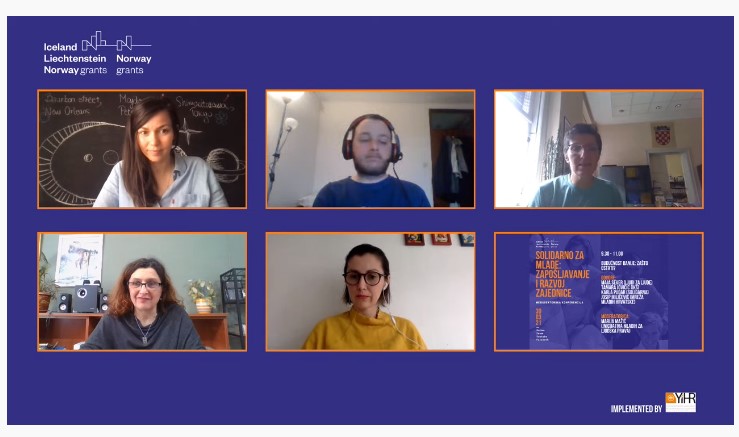 The SOLIDARNA Foundation, together with partner organizations, participated in the online cross-sectoral conference “In Solidarity with Youth: Employment and Community Development” organized by the Youth Initiative for Human Rights.

In the introductory part of the conference, representatives of civil society organizations discussed the situation in Sisak-Moslavina County three months after the devastating earthquake and the consequences that are still visible today. The problems facing both old and young citizens were discussed, as well as the role of civil society and citizen initiatives in responding to these challenges. Participants warned that the lack of institutional support in addressing these social problems is of concern.

The future of Banija, why stay?

Josip Miličević from the Croatian Youth Network, warned of the problem of lack of adequate space for young people. He agrees that the renovation of houses must be a priority, but it is also necessary to think about what content and life will people who decide to stay and live in the County have.

“Young people need physical space, a place to be create and host events. A place for sports. There are youth centers all over Croatia and I think that is a good example for providing physical space in a small environment “, says Miličević. That is why the Croatian Youth Network, in cooperation with civil society organizations, will launch a crowdfunding campaign in April to raise money for the construction of a community center. The campaign will be implemented as part of the ad-hoc project of the Active Citizens Fund Croatia. 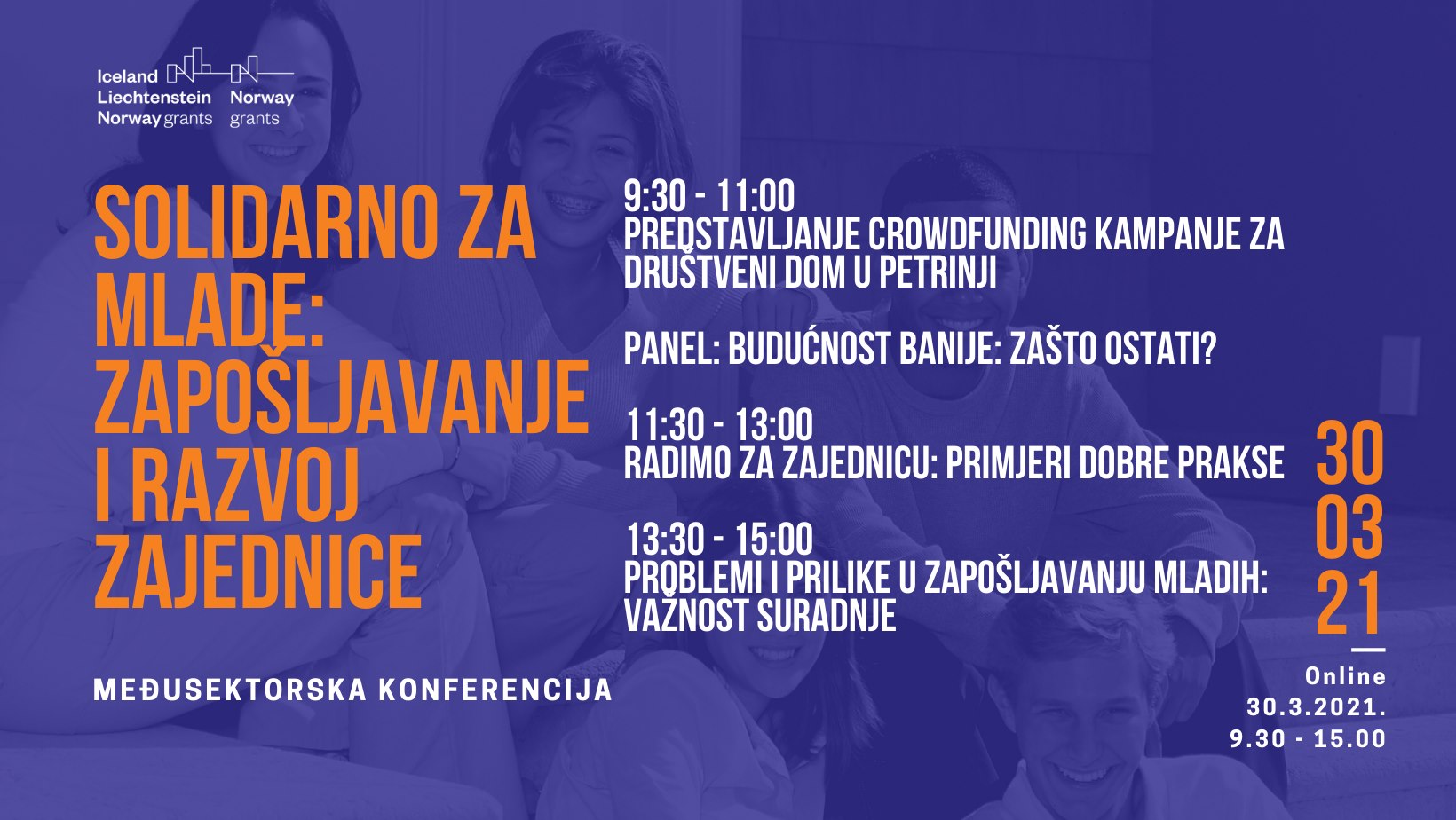 Maja Sever, from the civic initiative ‘People for People’, agrees that Sisak-Moslavina County needs a new narrative, one that will provide content for all people there.

“A lot of people want to help and they want to help in the long run. Then why not use their creativity and energy for workshops, projects, for things that will keep and make life more beautiful and interesting there as soon as possible?” asks Sever.

After the devastating earthquakes, we have witnessed that a lot of people want to help, and when it comes to financial support, people want to be sure that it will go where it is most needed. The SOLIDARNA Foundation reactivated its Fund 5.5, established for the purpose of crisis support after the Zagreb earthquake, and organized a campaign to raise funds for the earthquake-affected areas of Sisak-Moslavina County. The transparency of SOLIDARNA’s work played a significant role in collecting donations.

“Transparency is one of the main principles of the SOLIDARNA Foundation. It is important for us that citizens see how the raised funds are spent because we are aware that the funds come from all of you. Cooperation with partner organizations is important to us as well, and through field work we are witnessing the importance of transgenerational solidarity. There is a very large number of elderly citizens in Sisak-Moslavina County who would not survive without the young people and volunteers who bring them groceries and other necessities on a daily basis”, believes Karla Pudar from SOLIDARNA Foundation.

Significant responsibilities have been shifted to civil society

Throughout the discussion, all participants concluded that Sisak-Moslavina County needs a reconstruction plan, but also that it lacks systematic and institutional support.

“There is no coordination between the locals and those above. Despite the fact that we lost our jobs and that most were relocated from our homes, we have been working in the field for the past three months. How can we continue to help others if we do not have a place to work ourselves? We need more support here than mere advocacy, ” said Tamara Jovicic. Karla Pudar warned of the limited capacity of the civil sector, which, even with the best of intentions, cannot do everything alone: “Returning to what it was like before the earthquake does not solve the problems of the people who live here. The systemic intervention of the state and a long-term, sustainable, recovery plan is crucial. The role of civil society should be an added value, not the core of service provision. If young people continue to emigrate for lack of reasons to stay, all this will be in vain.”

There is still a lot of work left to do in Sisak-Moslavina County but there is a lot of good will and energy, too, the participants of the panel agreed, and optimistically concluded: The county will be OK!