Let us stop the pandemic of violence against women! 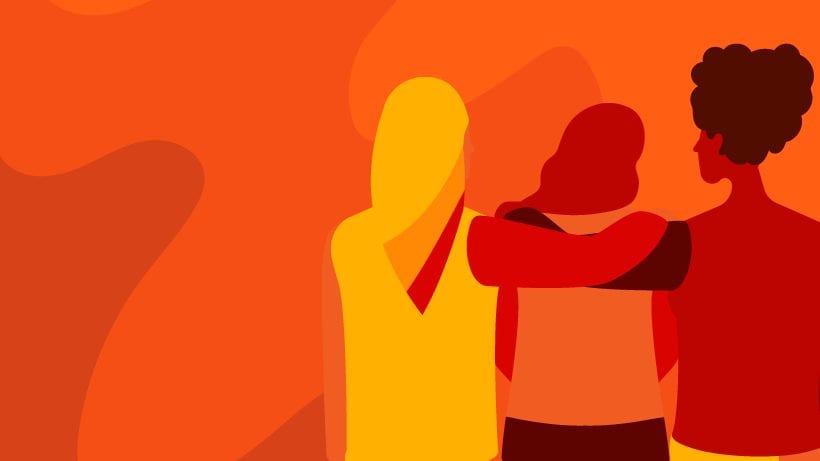 Violence against women is a political problem and its resolution requires unequivocal political will. Despite the continuous efforts of non-governmental organisations specialising in helping and supporting women survivors of partner violence and other forms of gender-based violence, the state and its institutions are not establishing a clearly defined and effective system for preventing and combating violence. In the conditions of the general crisis caused by the Covid-19 pandemic, violence against women is becoming more and more malignant – more severe, more frequent, but also more invisible, which means that many victims cannot even seek help, let alone run away from the perpetrators. The economic crisis deepened by the pandemic prevents victims from escaping the cycle of violence, there are no secured places for their accommodation, and the existing measures do not ensure housing security and entry or return to the labour market. We state with regret that even two years after the ratification of the Istanbul Convention, and at the very threshold of submitting the first report on its implementation, almost no progress has been made.

The figures in the budget do not reflect the obligations under the Istanbul Convention, which requires systematic programme budget funding for existing non-governmental shelters and counselling centres that have barely been surviving for years. Thus, for example, the funds of the Autonomous Women’s House Zagreb, the first shelter in this part of Europe, have been continuously decreasing in the past 10 years, even after the ratification of the Istanbul Convention.

The Prime Minister’s promise on the establishment of “shelters” (which are in fact homes for adults and children who are victims of violence) in six counties is not even close to being realised. We do not know exactly how much funding has been provided for this project in the new budget, nor are the development and standardisation of these accommodation services based on the principle of equal cooperation and partnership with experienced women’s organisations that have been running autonomous shelters for women who are victims of violence for decades.

Partner violence is still too often prosecuted as a misdemeanour rather than a criminal offence. In practice, we often witness a man convicted of misdemeanour several times for violent behaviour towards his former or current partner, but no criminal proceedings are initiated against him. Therefore, it is clear that punishment fails in both special and general prevention. In cases where violence undoubtedly constitutes a violation of a suspended prison sentence previously imposed on the perpetrator of the violence in criminal proceedings, the violence is, unfortunately, once again processed as a misdemeanour. Instead of revoking the perpetrator’s suspended sentence and replacing it with imprisonment, a new misdemeanour procedure is conducted.

Despite numerous warnings, bad police practice of double arrests – of both the victim and the perpetrator of violence – persists. Despite the conducted trainings, police officers do not recognise the aggressor even in situations when he has been previously found guilty of violence as a misdemeanour or criminal offence. Instead of protecting the victim, the state forces her to justify herself and defend herself against unjustified accusations.

When it comes to punishing partner violence in which perpetrators are men and victims are women and their children, the imposition of minimum penalties is also a problem. It is shameful that abusers can get a 50% discount on the amount of the fine if they pay it on the same day, and it is scandalous that recently abusers have been awarded public work instead of imprisonment. The kind of message being sent by this is clear to everyone. The state apparently finds a thousand excuses and mitigating circumstances for violence.

The link that is missing the most in the system is the prevention of violence against women and girls. Without introducing education for gender equality and the prevention of gender-based violence in the educational system, violence will continue to be socially acceptable, and proven perpetrators will remain respectable citizens.

In the Republic of Croatia, a gender-neutral approach to violence in partner relationships is still applied, even though statistics clearly show that the majority of victims are women. It is necessary to finally develop gender-sensitive measures and strengthen integrated support to victims through cooperation of all relevant services – from the police through social welfare to the employment service – in cooperation with women’s non-governmental organisations providing assistance to women who are victims of violence. Existing training programmes for civil servants have proven ineffective and gender-insensitive. A serious evaluation of the current educational programmes in all institutions is necessary, which must include women’s non-governmental organisations with many years of experience in this field.

Due to all the above, we send the following requests to the Prime Minister, the Government of the Republic of Croatia, and members of the Parliament:

1. We ask for systematic funding for combating violence against women already in this budget and plans to absorb EU funds!

As a priority, within the framework of the state budget currently being adopted, systematic and timely funding of the existing autonomous women’s shelters and counselling centres for women who are victims of violence should be introduced. It is unacceptable that their work depends on short-term projects, some of which are carried out using the “first come, first served” technique, and not the systematic funding.
Urgently translate all key measures of combating violence against women into budget items which the Republic of Croatia has undertaken by ratifying the Istanbul Convention and link local, regional, national, and EU funds for the purpose of predictability and stability of funding the network of social services, independent non-governmental organisations and institutions responsible for combating violence against women.
We ask the Prime Minister and Minister of Finance to accurately inform all of us, the citizens of the Republic of Croatia, on the International Day for the Elimination of Violence against Women, and tell us exactly how much money has been provided in the state budget for 2021 for combating violence against women. And to state accurately and precisely which direct victim support services will be funded. How many funds does the Republic of Croatia plan to withdraw for the protection of women from violence from the Pandemic Recovery Fund and from crisis funds for health crisis management? Are the planned funds in line with the envisaged measures and standards prescribed by the Istanbul Convention, which you have proudly ratified?

2. We demand the urgent adoption of key strategic documents without which it is impossible to strengthen all the weak links in the system of protection of women against violence!

The National Strategy for Combating All Forms of Violence against Women should be adopted, which must be related to the implementation of the Istanbul Convention and other relevant international documents to which the Republic of Croatia is committed. Also, an online mechanism for up-to-date monitoring of the implementation and budget funding should be established.
It is necessary to show true political will and finally adopt the National Policy for Gender Equality, which must be the basic document for planning the financing of a number of measures from the state budget and EU funds aimed at political, economic empowerment and achieving full equality of women and their protection from gender-based violence.
We ask Prime Minister Plenković, Deputy Prime Minister Milošević, and Minister Aladrović to send a political message to all officials in the system that combating a pandemic of violence against women is a national priority, and to put them in charge and obligate them to prepare a proposal of the National Strategy for Combating All Forms of Violence against Women and the National Policy for Gender Equality, as a basis for budget planning and withdrawal of EU funds, and submit it to the Government no later than by 8 March 2021, the International Women’s Day.

We ask and expect all members of the Parliament to use all mechanisms of parliamentary supervision of the activities of the executive power and to put pressure on the Government to adopt these important documents because the problem of growing violence against women is a problem of the entire society.

Given that stopping the pandemic of violence against women is the responsibility of all politicians, we propose that the Government of the Republic of Croatia and the Croatian Parliament undertake the conducting of a joint public awareness campaign on gender-based violence and misogyny in all spheres of our society as their annual commitment. Of course, they should do this in partnership with activists, experts, independent institutions, and citizens across the country.

Only together can we stop the pandemic of violence against women!