Philantrophy in the age of Covid-19 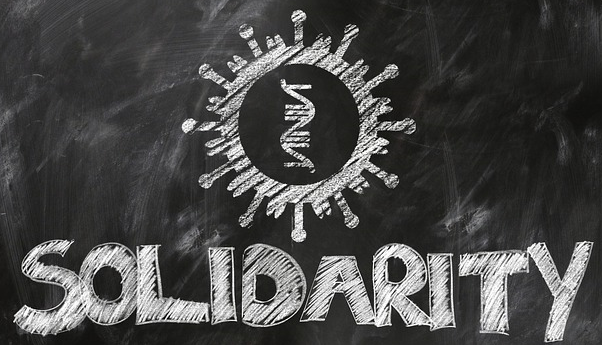 Every crisis period brings to the surface the best, but also the worst in people. Since we are surrounded by bad news, I will concentrate on the good, on the best in people.

In times of pandemic and uncertainty, the increased contribution of individuals, organizations, and companies is visible. Everyone gives what and how much they can.

The ad-hoc response is the most visible, fastest, and often necessary in crises. For example, the Bad Blue Boys were running to help hospitals after an earthquake, citizens self-organized (the group For Each Other) to deliver food and medicine to those in need, A1 Telecom has moved its call center to make room for the 113 call center whose building was destroyed in the earthquake, Medtronic, a medical technology manufacturer, has opened up access to design specifications of its mobile respirator so that other industries can be involved in its production. There are many more examples and it would be difficult to list them all, you are sure to witness numerous initiatives and actions of crisis philanthropy, whether you are aware or not that it is philanthropy.

The ad-hoc response does not and cannot play the role of systematic problem solving, but this should not be expected. We can only be calmer believing that people will come together when we need help.

During the crisis, donations, whether ad-hoc or systematic, are channeled in one direction, and greater mobilization of financial resources is noticeable.

Regarding donations by companies, corporations and large companies should be distinguished from small and medium-sized ones. Corporations and large companies donate outside of the crisis as well, but now direct their resources through larger donations and for more specific goals, while small and medium-sized companies donate their work and resources to help citizens in their environment. For example, banks donate to Fran Mihaljević Hospital, restaurants donate food to citizens who lost their jobs or bakeries distribute bread for free on Fridays.

Of course, inseparable from companies are large foundations established by multinational corporations that place their funds around the world for one, more or less specific, purpose. For example, a foundation donates anywhere in the world where an earthquake, flood, or other natural disaster occurs. In the COVID-19 crisis, such large foundations very often donate to medical research.

The key difference between large companies and corporations and citizens as individuals, civic initiatives and small and large companies, is that large companies usually donate directly through the public system or large organizations such as the Red Cross, while others typically donate directly to citizens or smaller organizations who they trust. Perhaps civic crowdfunding actions and campaigns that link ad-hoc and systematic philanthropy are the most interesting ones. For example, citizens were raising money to buy masks for homeless women and women’s shelters, or 5 women from Zagreb who live in the Netherlands launched international crowdfunding campaign to help Zagreb after the earthquake. Those 5 women from Zagreb managed to collect over €170,000.

The so-called community foundations have a big role. These are typically smaller foundations that either operate in a specific geographical area (city, county, canton, region) or deal with a specific community. Of course, out of the crisis, they have regular programs and provide support to their users, both individuals and other civil society organizations. Depending on the organizational ability to adjust their work and programs, adaptability, responsiveness, and transparency, we can see different degrees of social contribution, popularly called ‘impact’, during the crisis.

Foundations should be the catalysts for the resources of citizens and companies towards a common goal by recognizing the needs of both individuals and other organizations working ‘in the field.’

The joint action of all of us is necessary to survive the crisis with as few negative consequences for the health and lives of people as possible, and to ensure the needs, security, and freedom of individuals. This joint action must not be headless, but thoughtful, coordinated, collaborative, and, above all, transparent, to maintain the trust we must have in each other.