Sisak Moslavina County Women Are a Stronghold of the Community 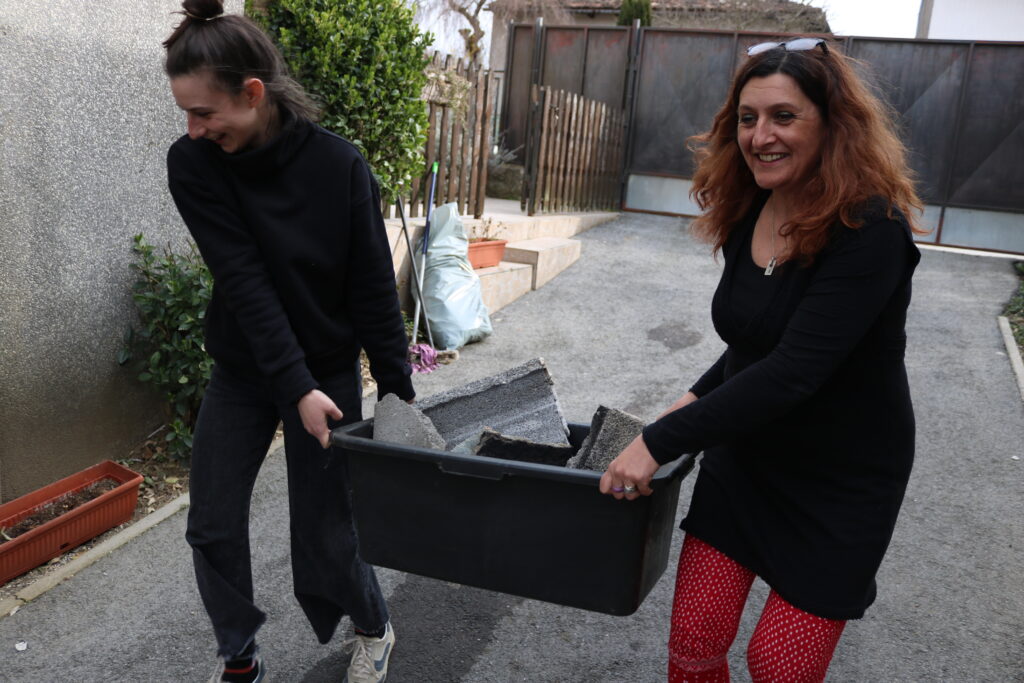 To whichever of the up until recently forgotten Banija villages you , a woman will regularly greet you in the yard. In a firm tone, she will calm down a dog that is barking to prove its role of guardian, divert attention from worried eyes with a smile and greet you warmly. It is the woman who will show you what is left of her home and farm after the devastating earthquakes. She will also explain conditions in which each facility is now, how she and her family are coping and how are they taking care of the animals who also lost roofs over their heads. At some point, next to the woman, if there is one, a man will appear – husband, father, uncle or son. After the presentation, his role will become, or better yet – remain -secondary.

It is the woman who will ask questions and remember the answers – why the connections on the housing container have not been made yet and when they will be, how and where to apply for a hay donation so she can feed the animals, who to contact for construction materials and minor repairs that need to be done? After detailed information, the woman will, without you even noticing, enter the role of a good hostess. She will offer you whatever she has, even just to warm up inside the caravan, that became her safe home in recent months.

“Child, it is freezing! Get inside! We will talk inside!”, were the words with which 92-year-old Desa greeted me as I was getting out of the car. She lost her house in the earthquake and the barn was also marked red, but the sheep are still staying there because there is no other option. In early February, Banija was covered in snow, and temperatures dropped well below zero. “I can’t leave them outside, it’s too cold! We got three more lambs… It’s warmer inside. God will not allow it to collapse, ”said Desa.

Together with her daughter, Desa lives on a hill that we barely made it to due to snow. She’s been living there since she got married, 70 years ago. Her husband died 10 years ago, and her son moved away a long before that. Desa and her daughter stayed, with the sheep from whose whose breeding and sale they live of. They also have a garden. Until the earthquake, they were completely self-sustaining.

My partner Pero from the Zamah Foundation and independent volunteer Senad agreed with Desa and her daughter to build a new barn as soon as the weather allows them, and when asked if we could help them with anything in the meantime, Desa shook her head: “We have everything. We first got the caravan we are in now. A few weeks ago, a container from SNV arrived, but only recently did the army pave the way so that they could bring it up. He stood at the foot of the hill until the day before yesterday. ” Although the container was in position, in early Februrary it was still not ready for use, Desa explained to us: “We are waiting for sanitary connection. But it has everything! Both the kitchen and the toilet… You know, as I get older, it’s the most important thing to me… We just have to be patient. It would not be right to ask for everything to be done for us immediately when there are so many people who have not yet received anything. ”

Desa, like many other Banija women, is an example of a superhuman strength. Their resilience remained untouched by the devastating earthquakes that destroyed their homes. The crisis they are facing has not taken away an ounce of their humanity and good nature. 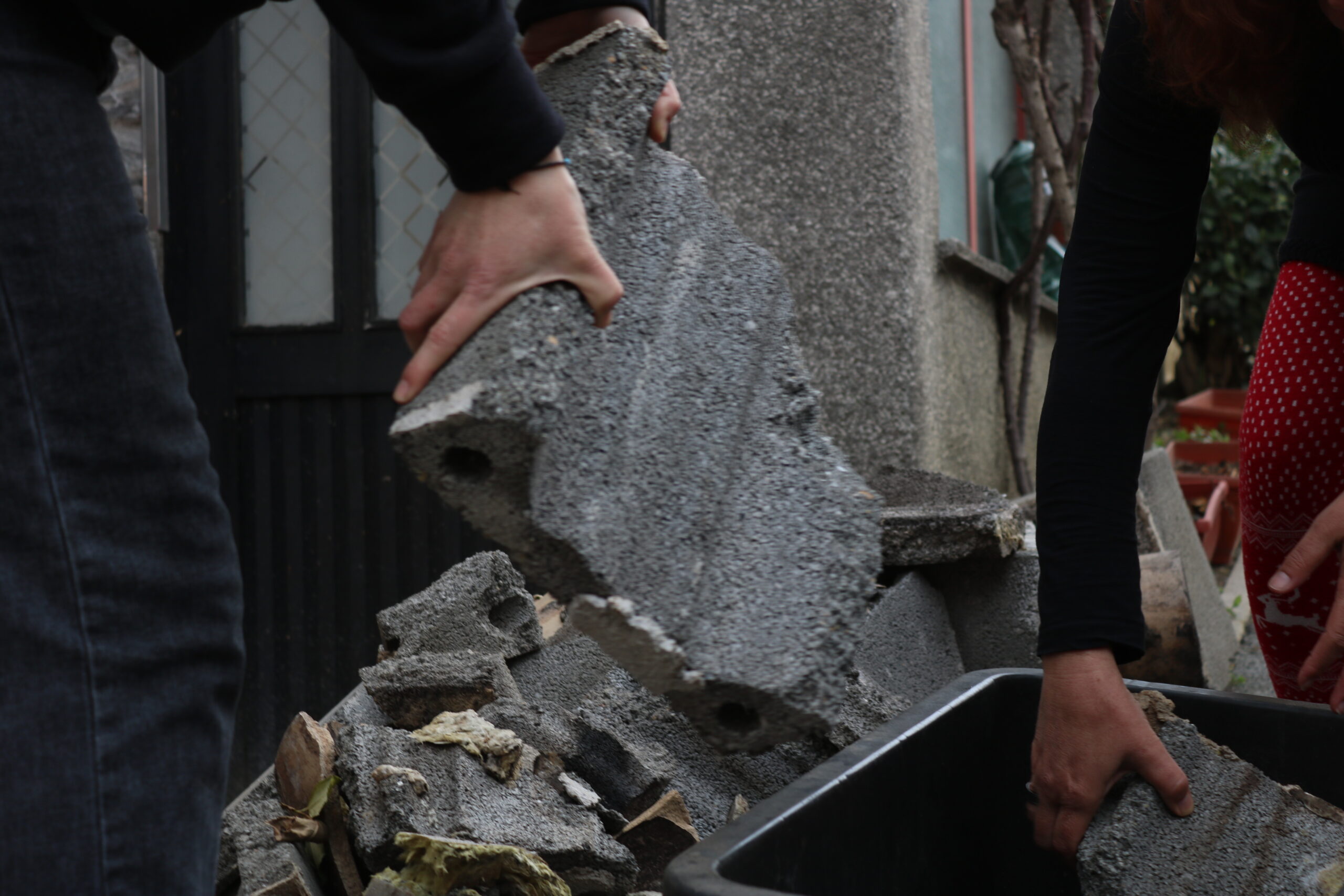 Trying to understand where this power comes from, last week I visited Tamara, a tireless single mother of her now grown equally tireless daughter, executive director of the Petrinja’s NGO IKS and another example of an unstoppable Banija woman.

It’s about the environment and conditions in which women lived, Tamara believes: “Former Banija women, that I remember to some extent, like my grandmother and great-grandmother, despite that damn patriarchy in which a man is considered the‘ head of the house, actually carried life: they took care of the house and the family, but also worked and produced. Another thing is that this is a very poor County. The term ‘krdžanija’ is often used, which is actually not derogatory. Krdžanija is considered a poor area, wilderness, hills… a place where it is very difficult to live. In such natural conditions, women took on both physically and mentally much more than men, who engaged in some other things. When we take into account the wars, in which many men were killed, women actually had no choice but to take on all the tasks in the house, around the house, in the field, wherever… ”

Tamara’s daughter Nadia continued, giving an insight into the generation of Banija women under 30: “It is fascinating to me that the women here are not aware that they are machines. For example, when you are invited to lunch by someone from villages around Petrinja, you will notice that everyone is sitting at the table, and the woman who prepared lunch is the last one to eat. Most often in these houses this woman does not even sit at the table, even though she chopped the wood, brought it inside, cooked 500 different dishes, washed her husband, herself and the child, made 500 coffees and who knows what else more! Women here do not see it at all, they are not brought up to think about their role in the community, they do not perceive their emancipation. The credit is regularly left to the men, although realistically, women run the world in Banija. And why don’t they think about their value? Probably because they don’t have time from all the work they’ve taken on themselves.” 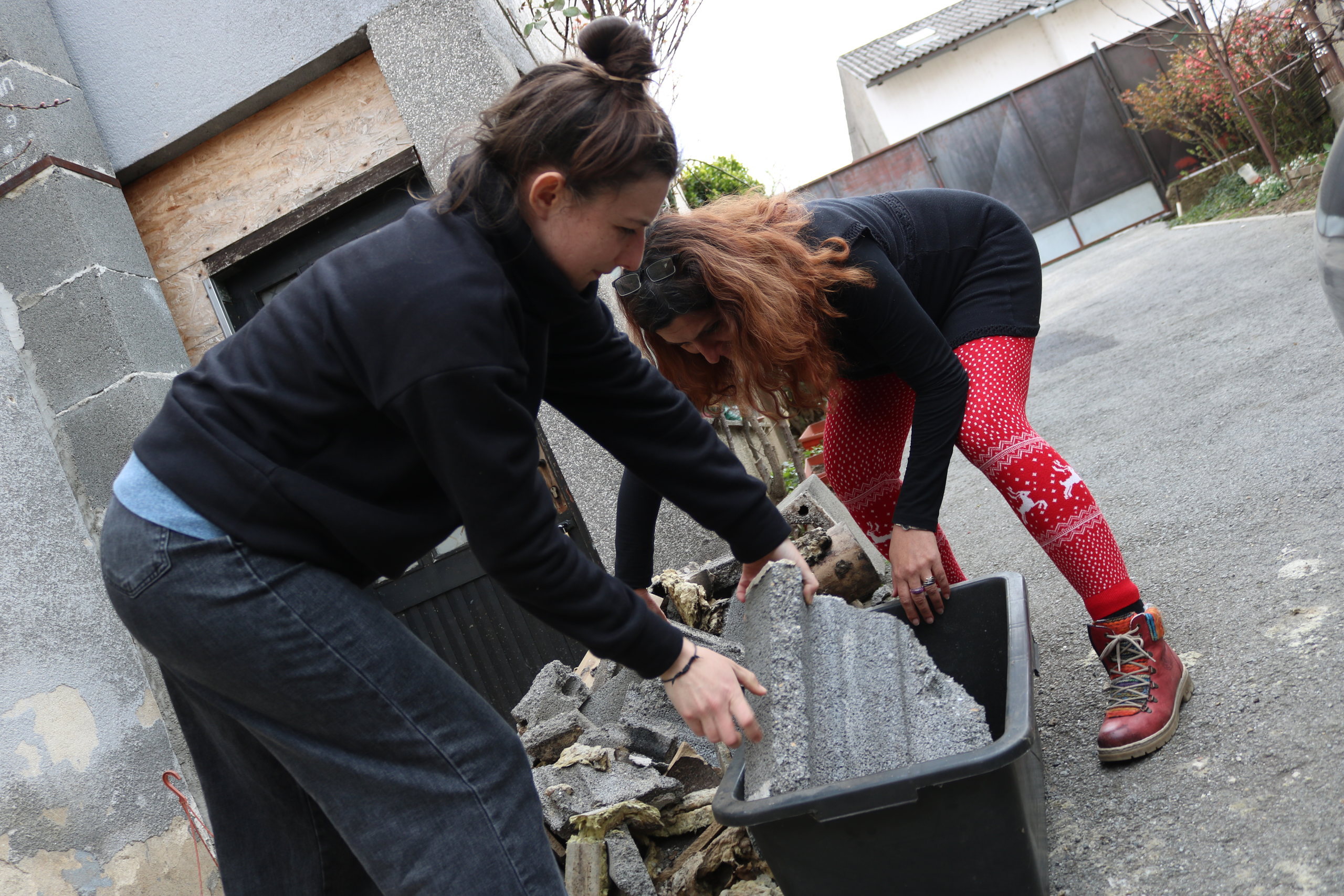 When it comes to raising children, sons and daughters are raised in the same way in Banija. At least that was Tamara’s experience: “My mother raised me no differently from my brother, but I learned from her example. The image of my mother that stayed with me from my childhood is that she is the first one awake, she made coffee, welcomed us with breakfast, prepared us for school, chopped wood, lit a fire, got my father ready for work, shipped him off, ironed, washed, cooked, cleaned and than again, welcomed us home with a meal. There was nothing that could make her stop for a second or God forbid, give up. Whatever task or problem was in front of her, she would deal with it and solve it. That was her regular life.”

There has been a shift in the perception of one’s own value and role in society with the younger generations, Nadia points out: “First of all, it does not occur to me to let a man get the credit for the work I have done or to ask or wait for someone’s permission to do something. The idea of ​​self-sufficiency is quite developed in me. If I need or want something, I will do it myself. I won’t wait for anyone. When it comes to the way we function, there is not much difference between women 100 years ago and today. Women have always been a stronghold of the community in Banija. As our grandmothers did everything themselves, both for themselves and for others, so do we. But unlike them, we are much louder when it comes to demanding the rights and status that we deserve.