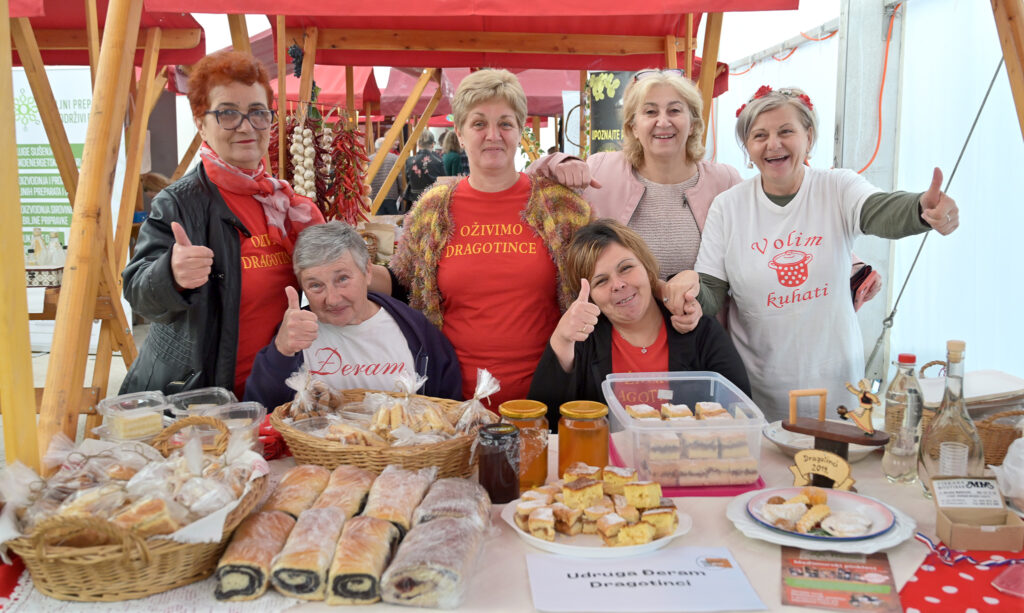 On Wednesday September 22, the first Regional Development Cooperation Culture Fair was held in a large tent at Croatian Veteran’s Square in Petrinja. It was organized by the SOLIDARNA Foundation and its partners: the Serbian National Council, the IKS Association, the Regional Foundation ZAMAH and the ACT Group, with the patronage of the City of Petrinja and the Tourist Board of the City of Petrinja, as well as the financial support of the Office for Human Rights and Rights of National Minorities of the Government of the Republic of Croatia, the Office of the European Parliament and Fund 5.5 and its partners.

In her greeting, Mayor Magdalena Komes welcomed those present and pointed out that before the war, in the 80s, Petrinja experienced a real economic and cultural boom, but after the war, there was a downward trend in economic and demographic terms. She emphasized that she understood the earthquake that hit us to be a new opportunity for building the city, which the city has already begun. She stated that for the restoration and revitalization of Petrinja and the entire Banovina, cooperation and coordination of all levels of government is necessary. She emphasized that this fair is an opportunity to promote small family farms and through them show the wealth of this region.

Two public debates were also held at the Fair. The first debate was the Regional Development Hour in which the prospects for the reconstruction and revitalization of the Sisak-Moslavina County were discussed with a focus on current development programs and funds with senior representatives of competent institutions and development banks. During this debate, the participants emphasized what has been done so far in terms of the reconstruction and revitalization program of the area affected by the earthquake, but also pointed out the slowness of the reconstruction and the obstacles that restrict the use of the European funds. The participants were: Martina Jagnjić, senior expert advisor in front of the Ministry of Labor, Pension System, Family and Social Policy; Ivan Bota, director of the Directorate for Regional Development in the Ministry of Regional Development and EU Funds; Tatjana Vlašić, Deputy Ombudsman; Monika Udovicič, Director of the Directorate for the System of Tourist Boards, Ministry of Tourism; Victoria Zinchuk, Director of the European Bank for Reconstruction and Development; and Drago Vručinić, manager of the ZAMAH Foundation. The debate was moderated by Nataša Božić Šarić from N1 television.

During the debate, Ivan Bota, as a representative of the Ministry of Regional Development and European Union Funds, pointed out that a lot of work has been done in terms of paperwork and necessary documentation, which is not often visible to the public. He cited the inability of the construction sector to keep up with current market needs as one of the biggest problems. Tatjana Vlašić, deputy Ombudsman, pointed out that the victims who were placed in containers express great fear that they will not see reconstruction, and emphasized the need for adequate communication with the victimized population, noting that a large part of them are in rural areas, elderly,and do not have stable access to the internet. She also noted that access to healthcare and other services is difficult for that part of the population, and emphasized that programs such as “Wish” should be continuous, not intermittent.

The second public debate entitled “Urban Regeneration as a New Approach to the Development of Petrinja” was organized in cooperation with the European Bank for Reconstruction and Development and the Urbanex organization, where EBRD projects and examples of good practices were presented in a discussion with local stakeholders and experts. Participants in the public discussion were Tamara Jovičić, manager of the IKS Association; Ivana Katurić, director of Urbanex; and Ute Schneider, KCAP Architects&Planners. The debate was moderated by Marina Škrabalo of the SOLIDARNA Foundation. 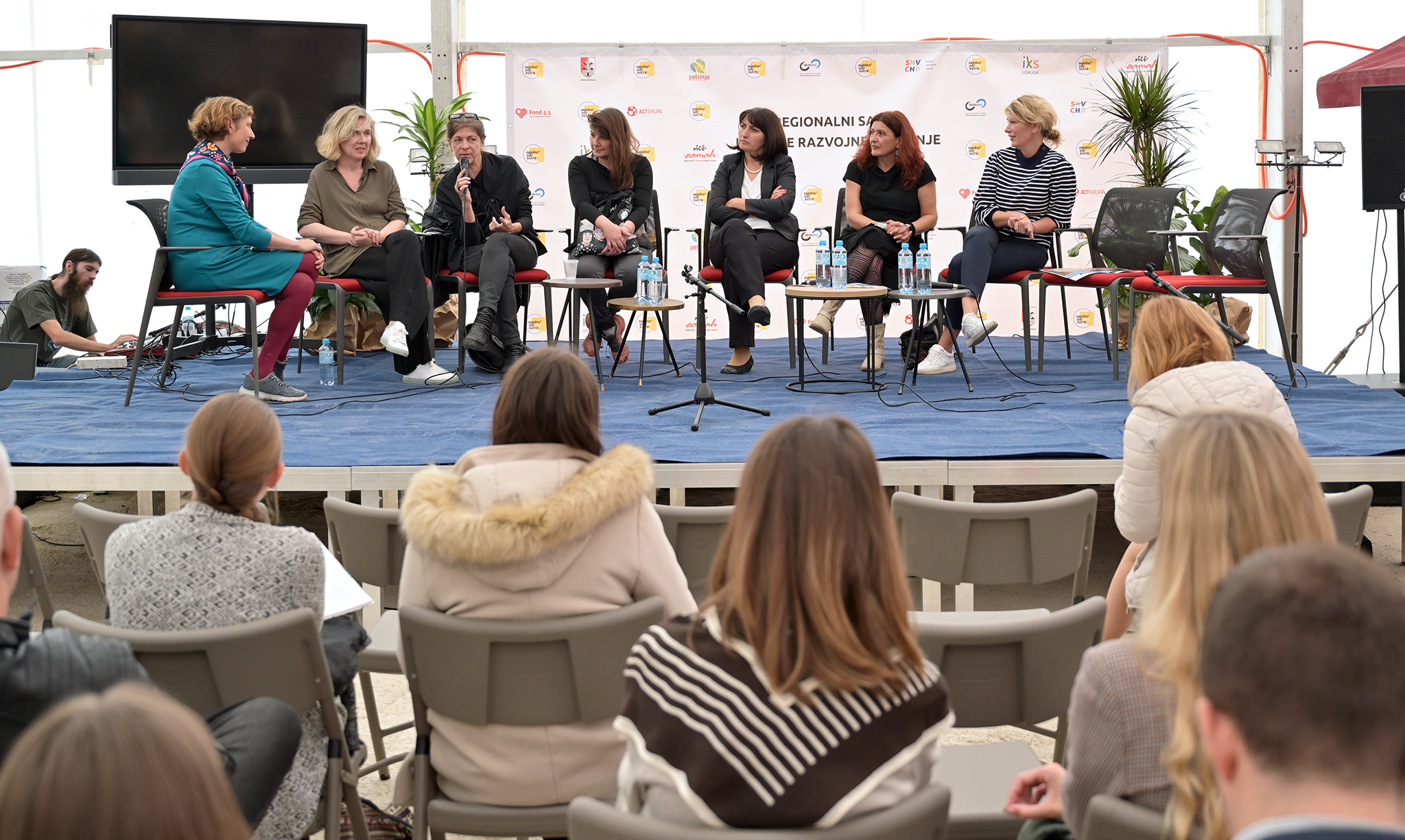 In the afternoon, various informative and educational sessions and workshops were scheduled: informative counseling sessions with representatives of financial institutions and consultants for the preparation of development projects and marketing, an information session titled “Palliative Corner” which demonstrated the use of health equipment, and educational sessions on the following topics: “Short Supply Chains as Drivers of Sustainable Development in the Republic of Croatia”, “Marketing and Sales”, “Regenerative Agriculture”, “Social and Cultural Centers as Foci of Sustainable Development of Local Communities”, “Courageous Corner – Exchange of Experiences of Entrepreneurial Women in the Profit and Non-Profit Sector and Their Influence on the Development of Local Communities” and “Assistance of Scientific Workers and Institutions in the Development of Rural Areas”. 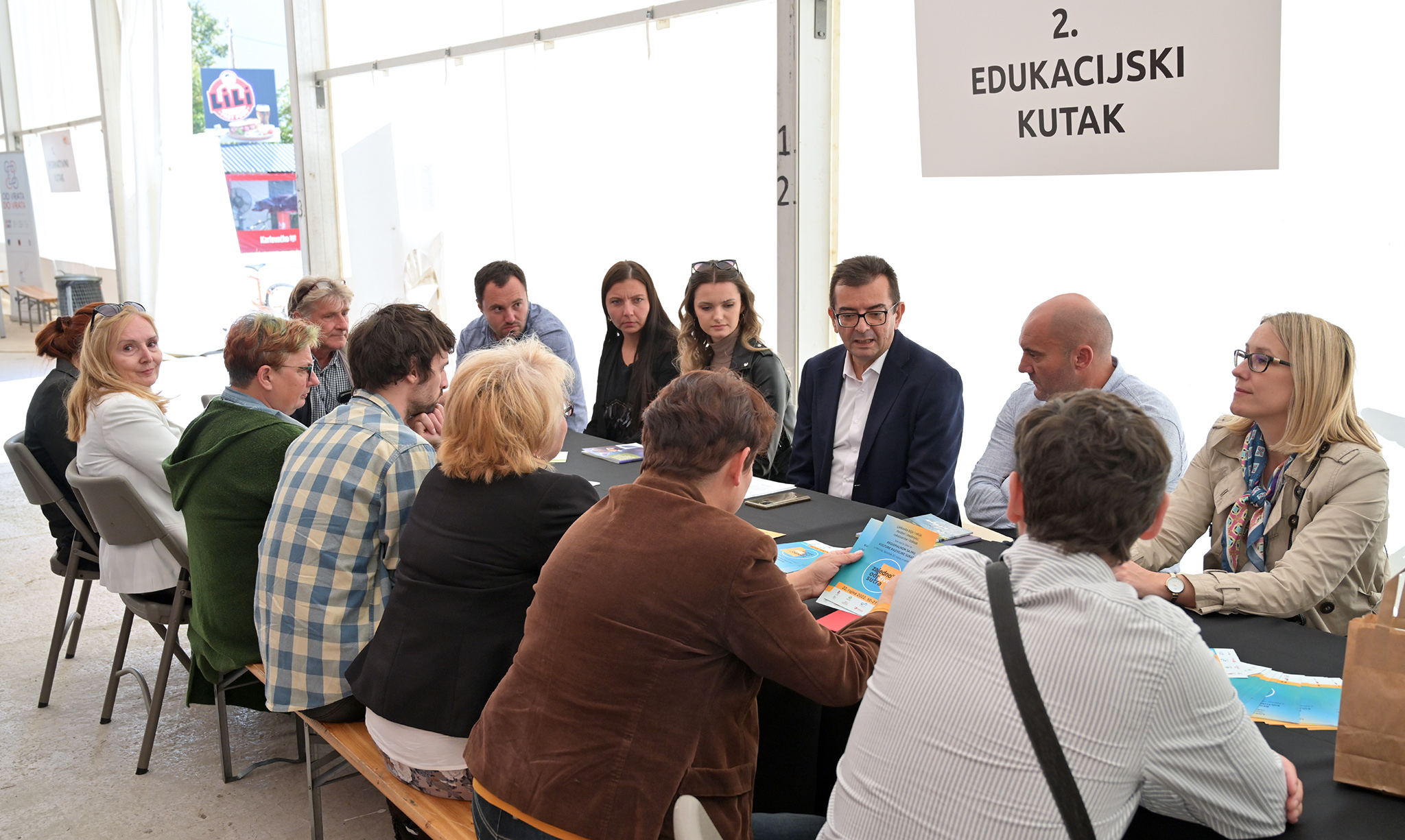 In the afternoon part of the program, the Good Food Fair took place with catering and OPG offered, while the evening part of the program of the Regional Development Cooperation Culture Fair was reserved for the “DEVELOPMENT FESTIVAL”, powered by DKC Petrinja with performances by local youth bands.